Each filmmaker was allocated a sign of the zodiac as a theme for their short film – Disturbia Films was drawn out of the hat for the 11th Zodiac “Scorpio” back in 2021.

The story is about a woman hellbent on revenge for the death of her loved one, but she decides to get the help of some scientific experemental research she stole from a local cosmetics lab. What would you do for the ones you love?

“Scorpio” was filmed on a zero budget by Luna Wolf, starring Jen and Sylvia Soska with the score by Kevvy.

No creatures were harmed or stressed out during the filming of this production. 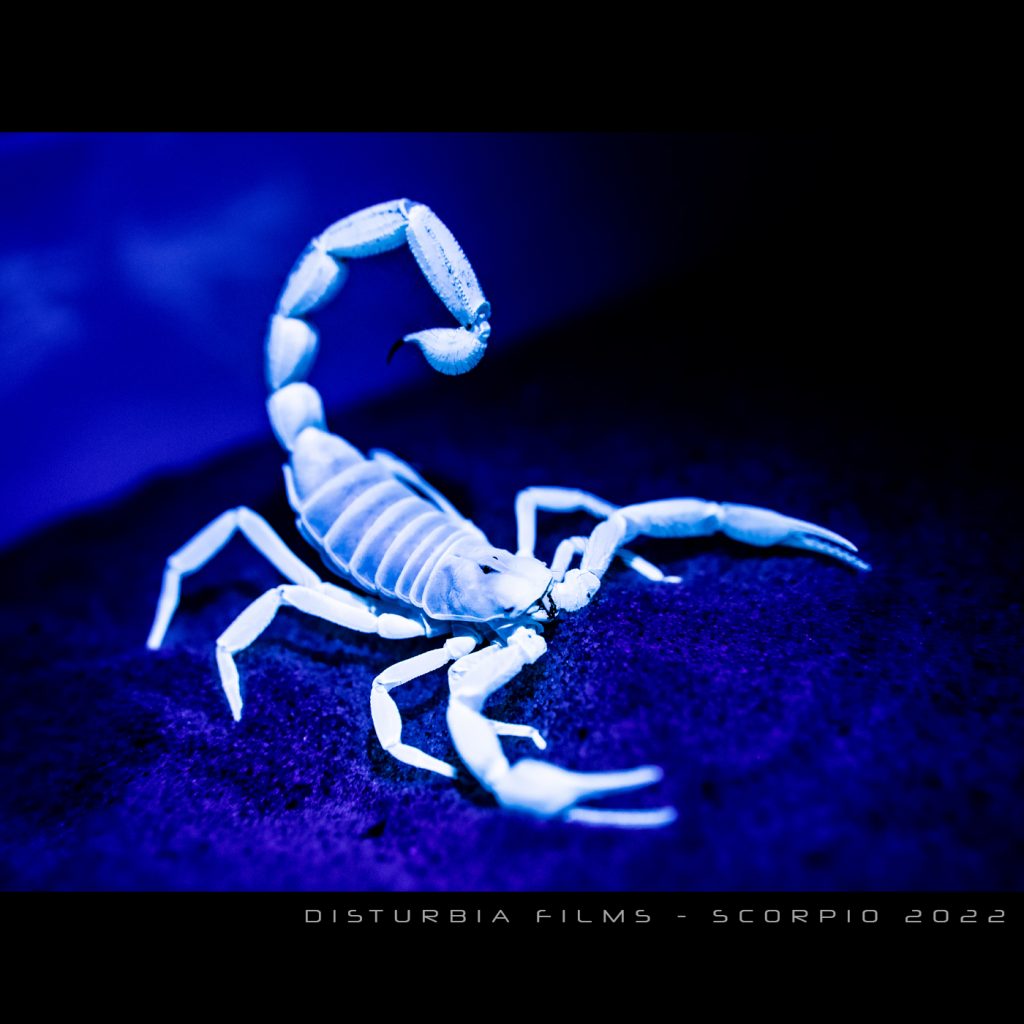 This website uses biscuits to improve your experience. We'll assume you're ok with this, but you can opt-out if you wish. Biscuit settingsACCEPT
Privacy & Biscuits Policy

This website uses cookies to improve your experience while you navigate through the website. Out of these cookies, the cookies that are categorized as necessary are stored on your browser as they are essential for the working of basic functionalities of the website. We also use third-party cookies that help us analyze and understand how you use this website. These cookies will be stored in your browser only with your consent. You also have the option to opt-out of these cookies. But opting out of some of these cookies may have an effect on your browsing experience.
Necessary Always Enabled
Necessary cookies are absolutely essential for the website to function properly. This category only includes cookies that ensures basic functionalities and security features of the website. These cookies do not store any personal information.
Non-necessary
Any cookies that may not be particularly necessary for the website to function and is used specifically to collect user personal data via analytics, ads, other embedded contents are termed as non-necessary cookies. It is mandatory to procure user consent prior to running these cookies on your website.
SAVE & ACCEPT